It’s Tea after Twelve’s birthday, and we’ve got three candles on our cake. For three years now, we have published new solutions for a better world each and every week. We want to take this opportunity to take a closer look at the world and the media, and at some developments that have caught us by surprise. But most of all, we want to send out a great big thank you to you - the Tea community!

Over the past few years, we European journalists have repeatedly been surprised by unexpected events – by the surge in far-right and xenophobic movements and attacks from self-styled IS fighters, by Brexit – Great Britain’s exit from the European Union – and last, but most definitely not least, by the election of Donald Trump as president of the United States. These developments all point to the rise in the number of people who want to erect barriers between themselves and others, who seek to live in isolation, often at the cost of limiting their own freedoms. Very few of us anticipated this trend.

Many questions arose: Why are so many people apparently willing to submit to a “firm hand” and perhaps an “iron boot” again? When did the calls for law and order, and for isolationism in particular, grow so loud?

Statistics tell us that the world today is safer than it has ever been. There are fewer wars taking place, and less poverty. In the Western world, the number of victims of terrorism has never been lower. Yet if you follow the sensational headlines that dominate the media, it would be easy to believe that the end of the world is nigh.

And this is the crux of the matter: at some point, the dystopian image we journalists portray day in, day out (given that lurid headlines supposedly attract more readers) starts to change readers’ perception of reality.  The media and its sensational headlines are fostering a sense of constant threat and helplessness.

Many journalists have begun to wonder what our role is here: to what extent are we responsible for generating an atmosphere of fear against our own better judgement? Aren’t Trump and Brexit the political consequences of a vicious circle of fear that is spinning ever faster and more hysterically because we have gotten caught up in all the reports on crises and catastrophes and neglected to provide a more realistic view of the world?

In all honesty, can we actually claim that Brexit and the election of Trump came as a complete surprise?

It was time for new perspectives
Tea after Twelve was in planning long before Trump, Brexit and the IS (Al Qaeda were the terrorists on the scene at the time), of course. But even back then, the image of the world reflected in the media was not more objective. And this was our inspiration to create something different. We wanted to show those perspectives that tend to get short shrift in the media. In the end, isn’t it our fundamental job as journalists to show the whole picture?

The name  “Tea after Twelve“ is a play on the German saying “es ist 5 vor 12”, or in English “it’s 5 minutes to midnight”. Both mean the end is near, an image so many media outlets continue to push. As young children in the early 80s, we lived in fear of the Cold War and a devastating nuclear attack, and the crisis rhetoric hasn’t let up since. Tea after Twelve was our way of ending the endless lamentations about problems and potential threats and really focusing on solutions. We invited readers to cosy up with a cup of tea and chat, free of the 5-minutes-to-midnight panic, and called our kind of reporting solution-based storytelling.

The response, especially from our fellow writers, was disheartening and immediate. “That won’t work!”, they warned us. Sex sells. Drama, crises, catastrophes sell. But solutions? No one wants to read about solutions.

Three years down the road, we can now confirm that yes they do. People all over the world are interested and invested in improving their communities and environment. They are out there, getting involved and effecting change everywhere you look. And even more people want to hear about their experience. Whether the topic at hand is social change or technical innovation, there is an enormous appetite for inspiration. Tea after Twelve has become a platform for sharing and discussing thought-provoking ideas and innovation, things people can do to create the change they want to see. And the growing, expanding Tea community is spreading these impulses.

Globally there are also a number of large media outlets – such as the Guardian, Le Monde and the New Yorker – that arrived at the same conclusion following the US presidential election at the latest, by the way. They agree that journalism has to change, and with key words like solutions journalism and constructive news, they too are increasing their focus on reporting on solutions. Their aim is to stop propagating the idea that we are the helpless victims of a series of catastrophes, and instead show what works well and the approaches we can take to solving problems.

Our solution-oriented approach is thus increasingly finding expression elsewhere – which is not to say that we see ourselves as trend-setters here. Back when we founded the magazine, we were not the only ones who wanted to change journalism. But the zeitgeist has proven us right, and we know we are not alone:

It has proven YOU right too!

While the media questions its practice of generating an apocalyptic image of the world, you, dear Tea community, have been telling and sharing the other kinds of stories. Tea after Twelve could not exist without you. And if it weren’t for the success of media like Tea after Twelve, the larger publishing houses might never have considered changing their reporting strategy.

A great, big thank you
So now is the time to express our appreciation. Thank you to everyone who has been a part of this wonderful project!

Tea after Twelve is still a labour of love today, and everyone involved generously volunteers their time. In that sense, the doubters weren’t entirely wrong: financially, our type of journalism doesn’t pay, at least not yet. But that is something we take pride in. Even though our financial means are very limited, we enjoy the support of people from all over the world who have worked hard and with great enthusiasm to spread impactful stories and inspiration. Many of you have invested a lot of precious time in this endeavour.

So while it certainly isn’t making us rich, Tea after Twelve is paying out in inspiration and motivation. Every article we do shows us that people everywhere are taking action for a better future. Change is happening – everywhere and all the time.

So when we blow out the candles on our cake, our most heartfelt wish for this fourth year of Tea after Twelve is that we’ll be able to maintain this powerful spirit, continue to show that people can change the world, and keep spreading ideas and solutions worth sharing.

Thanks so much to each and every one of you who has been by our side for your inspiration and support in the past three years.

You’ve been amazing. We look forward to continuing this journey with you! 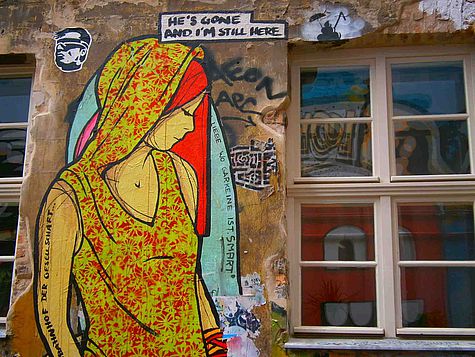 Welcome to our little tearoom! We hope you are sitting comfortably with a steaming cup of tea by your side... 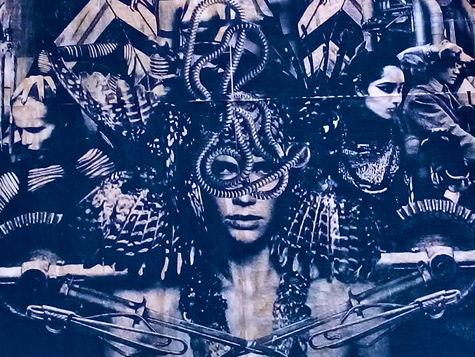 Buckle up and get ready: Tea after Twelve Issue #2 is ready for take off! We’ll beam you up to Plant Tech and take you on a journey you won’t forget. 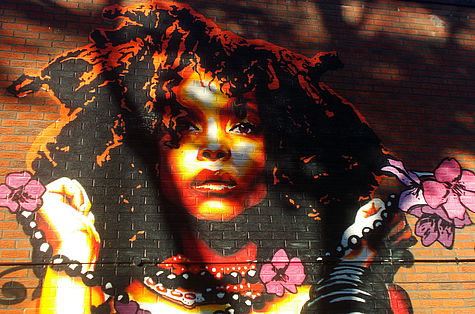 This issue is dedicated to all the forward thinkers who, like us, have ignored all objections and gone on to realize their dreams: Design your life! 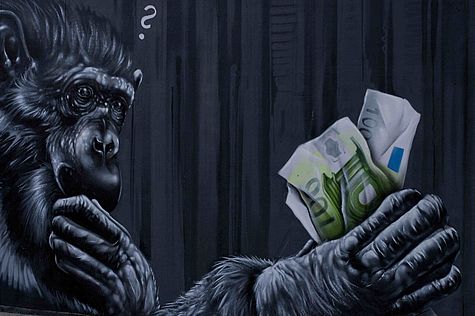 Money makes the world go round... or not? Here are some ideas for re-inventing our financial system and restructuring the world economy.