“At the beginning of my career, I was the right arm of the president of Tunisair, Tunisia’s flagship airline. Some people, especially men, did not like that and asked, ‘who is this child who’s got all the power?’ I turned a deaf ear and kept on. I surpassed them and that’s when I succeeded.” Many have tried to block Asma’s path to success along the way, but she has never given up. This is what earned her the title “The Orange Lady”, which not only refers to the Orange Telecom company she joined soon after it was established in Tunisia in 2010, but is also a play on the “The Iron Lady”, the nickname given to Margaret Thatcher, Britain’s first female prime minister. “I have always had a strong character,” Asma says.

At Orange Telecom, she is fighting to ensure women have a place in the job market and the world of tomorrow. “While we do not know exactly what sorts of jobs there will be in 2030, we are sure they will revolve around the digital realm,” she explains. “If we do not push women into the digital world and toward technology, they will not find jobs in future. Women, especially women engineers, do not believe in themselves and in their capabilities.”

Asma and her team established North Africa’s first coding and programming school, the Orange Developer Center, in 2010. Back then, coding and mobile application development was not yet on the curriculums of universities and engineering schools. That has changed thanks in no small part to Asma’s dedication. Over the years, her Orange Innovation Program has grown and become much more than a coding school. Orange tech clubs have been established at almost every university to train young Tunisian engineers and IT experts and help them create their own digital start-ups.

“Young Tunisians are technophiles and excellent in their studies, but there is a deep divide between higher education graduates and the job market,” Asma notes. 25 percent of male engineering graduates in Tunisia are unemployed. For women the situation is even worse: they make up 50 percent of engineering students, yet 40 percent cannot find a job after graduation. That’s why Asma is adamant when it comes to achieving parity in any project initiated by the Orange Innovation Program. “We require gender parity. Women should make up 50 percent of the total number of participants,” she insists. However, Asma notes that women need to show more solidarity and support each other more. “Women do not help each other; they prefer to work for men. But we can only make it through female solidarity.”

The Orange Innovation Program has achieved such large-scale success in Tunisia that management has asked Asma to replicate it in other North African and Middle Eastern countries. “I am very lucky to be doing this job. Making other people’s lives better and easier is my passion and what keeps me strong.”

“The more we give women financial autonomy, the less likely we are to have wars.” 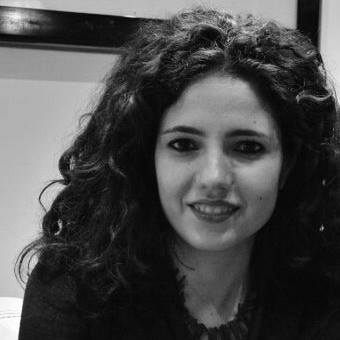