Violent youth gangs are spreading fast in Colombian cities' poor neighborhoods. But thanks to a young initiative from Bogotá, fighters can now gain fame as artists. Read More 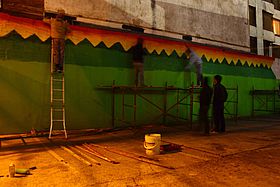