The reality of daily life for Palestinians is complex. But the initiative Visualizing Palestine took on the challenge of spreading the word, making “creative visuals to describe a factual rights-based narrative of Palestine/Israel”. Read More 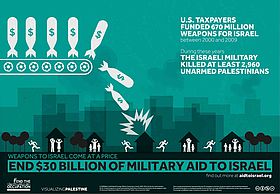